We use cookies on this site to optimize site functionality and give you the best possible experience. By using this site, you accept our use of cookies. Learn More

What Only golfers Know About Golf clubs and distances

This article may includes affiliate links. If you choose to purchase any of the products we’ve discussed in this article, we may receive a small commission.

Sending a golf ball hundreds of yards through the air gives you a great feeling inside. But as you probably know, good distance takes practice and work. It also helps to know which club is right for the job.

There are different techniques and multiple considerations in play when it comes to reaching the best distance possible on a given club. But golf clubs distances and charts go hand-in-hand and are a useful tool for golfers to record and reference their shots. I always keep a chart nearby and I’m sure you’ll find one helpful too.

In this article, we’ll be looking at:

The Fundamentals and Basics of Golf Club Distances

L = L. The lower the number on the club, the longer the achievable distance. For example, a 2 iron club will achieve a greater distance than a 3 iron. Likewise, a 3 wood travels the ball much farther than a 5 wood club will. And a 9 iron offers much less distance than a 4 iron.

Armed with this knowledge, choose the right club for the drive length the shot requires.

Why You Shouldn’t Worry About It Too Much

While it’s nice to have a rule of thumb, it’s also important to bear in mind that distance cannot be fully separated from accuracy. After all, there’s no point in being able to hit the ball hundreds of yards down the course if it ends with a splash in the water trap!

Invest as much time fine-tuning your accuracy as much as you do practicing your distance and you’ll be on the right track.

How Far is a Good Driving Distance?

The answer to this question is subjective and lies in the player’s individual skills on the golf course. In short, a good driving distance is your own personal best. That said, looking at averages is a helpful way to see if you’re on target or driving shorter than the average player.

Statistics compiled by the USGA and the R&A in their joint 2018 Distance Report show that the mean average drive distance for male amateur golfers was 215 yards. Female golfers showed a mean average of 156 yards. Although, it should be noted that the latter data set was significantly smaller than the data set for male players.

Outside of club play, professional golfers can drive balls an impressive 280 yards. Players with long drives include John Daly and Dustin Johnson who are capable of a whopping 350 yards. This is, however, the exception as opposed to the norm.

Realistically, anywhere between 195 and 205 yards is a good driving distance for most recreational golfers.

Golfer Should Know Their Golf Clubs’ Distances and Increase Them

A good golfer knows the distance range they can get from every golf club in their bag. If you’re not quite sure yet, keep a note of the distances you reach with each club on a chart. Once you’ve got some base stats, you can work on improving your drives.

The Average Distance with Each Golf Club

Different factors result in varied distances being reached with each type of golf club. These factors include:

Women drive balls an average of 27.2 percent shorter than men. A few examples of the distance variances between men and women can be seen here:

Age is another determining factor that affects the distance a player achieves. As you may have suspected, charts show that the older a player, the less distance reached.

Conversely, the greatest driving distances are achieved by 20 to 30-year-old players who hold an average score of 89 to 90 on a standard 18-hole golf course.

The age range with the widest variability between scores and distance is children aged between seven and ten. This is down to the fact that child development rates differ greatly between this age range, which affects their golfing abilities.

Among the pro golfers, you will also find distance differences vary according to the tournament.

For example, on average, PGA players will achieve much greater distance in each shot compared to LPGA Tour players. No great surprise perhaps, considering how fast PGA players swing and the speed at which the face hits the ball.

You’re probably not at PGA level yet—I mean, who is! But there are a few things you can do to get your distances and charts from sad to satisfactory. For starters, choose the right club for the drive.

Know Which Club to Use for Each Shot

It goes without saying that each shot will need a different club, depending on where you’re standing on the course and how far from par you are.

A 3 wood will give you an average distance of 215 yards and a loft of 12 to 17 degrees while a 5 wood offers a potential 195 yards and 20 to 23 degrees loft. These two clubs are some of the most common on the golf course.

On average, a pitching wedge will give you 100 yards distance and 50 degrees loft. They’re best used for chipping.

You’ll reach an average of 80 yards when using a sand wedge, and a 56-degree loft. Save these for those awkward sand bunker shots.

A lob wedge is also great for sand bunker shots and boats an average distance of 65 yards with a loft of around 62 degrees.

Best for those long-distance shots you need at the beginning of the hole, drivers are the go-to club for greater distance. Swung properly, your driver should take you between 150 and 200 yards closer to home, providing you have a clear shot free of hazards or obstacles.

Putters are designed to push the ball along the green to its final destination. The putter is never used for distance but for accuracy and control. You’ll need your putter for the last twenty feet and to ensure a smooth shot pots the ball.

Beyond that final shot, your putters do have some application. Not sure whether to use your putter or a wedge when you’re just off the green? This video from the PGA has some useful insights:

Hybrid clubs are easier to use with shorter shafts than other clubs. They’re becoming popular and combine some of the best features of woods and irons in one.

However, they are better for short-distance shots and tend to perform well on uneven surfaces and rough ground. You’re looking at around a 20-yard distance decrease with a hybrid, so avoid them if you have a clear and clean shot to take.

How to Know Your Clubs’ Distances

Here are some steps to help you to get to know your clubs and how to measure each club’s potential distance:

There are three electronic devices that can help you measure distance during play:

How to Increase Your Clubs’ Distances

Here are a few pointers to keep in mind if you’re trying to increase your distance. But just remember, you need to ensure that your aim is on-point before whacking the ball into the unknown!

Keep the Ball Height in Line With the Driver

The top edge of the driver should be lined up against the half-way point on the ball. Hitting the ball in this position creates a strong impact that will send the ball high.

Many people assume that to achieve a greater distance, you need to hit longways instead of upwards. While that works for football, it doesn’t hold true in golf. Shift your club’s angle and ensure your ball is sent high to significantly improve your distance.

Of course, there is some correlation between height and distance and such a thing as too high. Practice your arcs to perfect this.

Stand With a Wide Stance

Many golfers stand with their feet far too close together. Keep your feet a few inches wider than your shoulders. It will help with accuracy and distance.

Don’t be afraid of using your club to its full ability. The harder you swing, the greater the impact and the farther the ball will travel. Feel free to swing hard and swing fast!

Bringing It All Together

There are a lot of things to take into consideration when it comes to improving your golf clubs’ distances including angles, stance, club selection, and swing speed.

While some factors are difficult to control as a beginner, you can chart your distances for each club to get a feel of what it’s capable of achieving. As an added bonus, you’ll get more practice and gain confidence with each drive.

You should also focus on perfecting your aim—250-yard drives are great and all, but only if the ball is heading where it should be going.

Most importantly, have fun! You’re more likely to continue to grow as a player if you’re enjoying the game each time you step on the course. 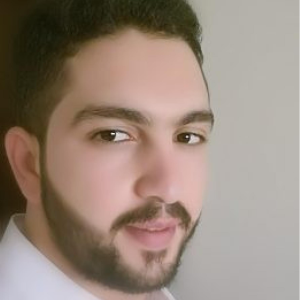 for many years, Med has enjoyed Golfing in the great courses. Although he loves the peace and quiet of the golf, he also likes his interesting challenge. Med's mission is to help golfers to improve their practices with a comfortable experience and complete control.

As an Amazon Associate I earn from qualifying purchases.